Join the Eagleton Center on Public Interest Polling and the Pennsylvania/New Jersey chapter of the American Association for Public Opinion Research (AAPOR) for a discussion with Dr. Jon Krosnick about public opinion on climate change. ECPIP Director Dr. Ashley Koning will moderate the discussion.

For the last 25 years, Dr. Jon Krosnick has been conducting national surveys tracking Americans’ beliefs about climate change.  In this presentation, Dr. Krosnick will present a tour of his findings and discuss important methodological decisions to be made when designing and conducting surveys that assess perceptions, attitudes, and beliefs on this important topic. 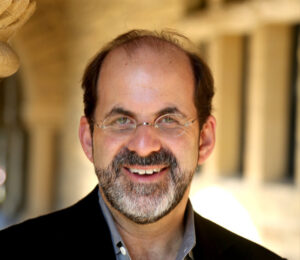 Winner of the lifetime career achievement award from the American Association for Public Opinion Research, Jon Krosnick is Frederic O. Glover Professor in Humanities and Social Sciences at Stanford University, Professor of Communication, Political Science, and Psychology, and Director of the Political Psychology Research Group there, as well as Research Psychologist at the U.S. Census Bureau.  A prolific author, Dr. Krosnick conducts research in three primary areas: (1) attitude formation, change, and effects, (2) the psychology of political behavior, and (3) the optimal design of questionnaires used for laboratory experiments and surveys, and survey research methodology more generally.  For the last 25 years, he has been conducting national surveys tracking Americans’ beliefs about climate change.  Dr. Krosnick received a B.A. degree in psychology from Harvard University and M.A. and Ph.D. degrees in social psychology from the University of Michigan.  He has taught courses on survey methodology around the world at universities, for corporations, and for government agencies, has provided expert testimony in court, and has served as an on-air election-night television commentator and exit poll data analyst and has testified in court on survey research methodology.  He has served has been co-principal investigator of the American National Election Study, the nation’s preeminent academic research project exploring voter decision-making. In his spare time, Dr. Krosnick plays drums with two jazz groups, Charged Particles and the Lunar Octet, that have released CD’s internationally and tour across the U.S. and abroad.