Suffragist Florence Peshine Eagleton, a founder of New Jersey’s League of Women Voters, left the bequest that established the Institute in 1956. Today, Eagleton faculty and staff work closely with political practitioners and scholars in New Jersey and across the nation to accomplish Florence Eagleton’s ambitious goal: “the development of and education for responsible leadership in civic and governmental affairs and the solution of their political problems.”

Florence Peshine Eagleton, a Newark native and a product of a local “finishing school,” was born in 1870 and grew up as the battle for woman suffrage was coming to a head. She led the state’s Women’s Political Union and became vice president of the New Jersey Woman Suffrage Association, leading a petition drive in Newark that helped convince the state legislature to ratify the 19th amendment. Once the amendment was ratified, Eagleton became the first president of the Newark League of Women Voters. She led the League in developing a series of “citizenship schools” to educate women for their new responsibilities as voters.

“It is my settled conviction that the cultivation of civic responsibility and leadership among the American people in the field of practical political affairs is of vital and increasing importance to our state and nation …. I make this gift especially for the development of and education for responsible leadership in civic and governmental affairs and the solution of their political problems.”
– Florence Peshine Eagleton

Beyond her suffrage work, Eagleton was active in many other organizations: the New Jersey Birth Control League; the Newark Maternal Health Center; the Visiting Nurses Association; the New Jersey League of Nations Association; and the Daughters of the American Revolution. She was among the organizers of the New Jersey College for Women, which later became Douglass College. She served as a trustee of Rutgers University from 1932 to 1946 – one of the first women in that role — and then assumed the status of “trustee emerita.”

The varied threads of Florence Eagleton’s life are woven together in the establishment of the Eagleton Institute of Politics. According to the story handed down over the years, she and her second husband, neurosurgeon Wells Phillips Eagleton, had an agreement: after one died, the survivor could designate the ultimate recipients of their fortune. He wanted the money to foster medical research, but when he died first, her preferred cause won out, expressed in her will as “the advancement of learning in the field of practical political affairs and government [so] that a knowledge of the meaning of democracy may be increased through the education of young women and men in democratic government.” Legend also says that the original draft referred only to “young women,” but “and men” was added at the insistence of her attorneys. The will goes on to say, “It is my settled conviction that the cultivation of civic responsibility and leadership among the American people in the field of practical political affairs is of vital and increasing importance to our state and nation … I make this gift especially for the development of and education for responsible leadership in civic and governmental affairs and the solution of their political problems.” 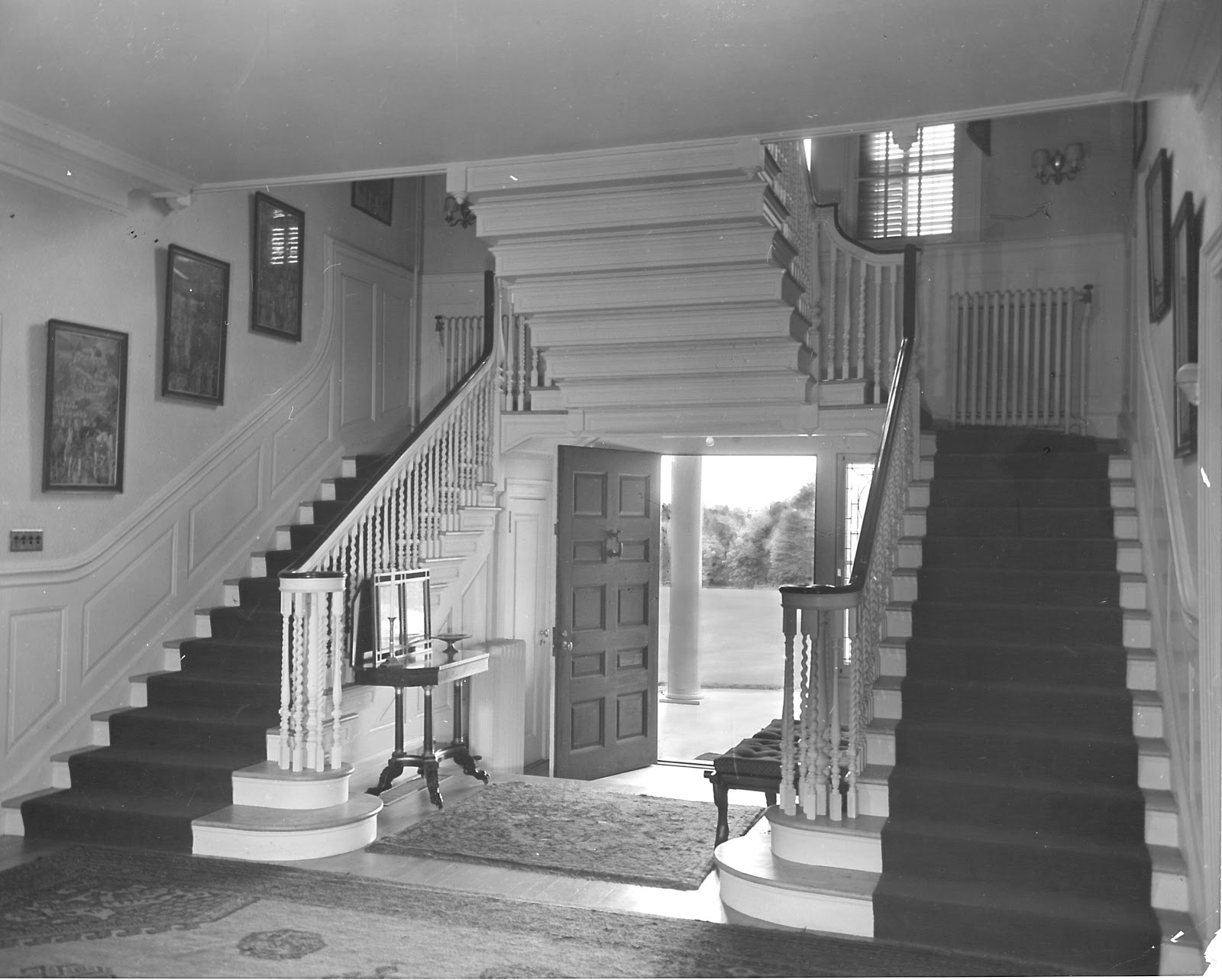 A unit of Rutgers University-New Brunswick, the Eagleton Institute of Politics is located in Wood Lawn, a nineteenth-century mansion listed on the National Register of Historic Places.

Wood Lawn was built in 1830 by Colonel James Neilson (1784 – 1862), an early Rutgers trustee. As part of the Scarlet and Black Project, Rutgers University recently announced the dedication of a new marker to be installed at Wood Lawn Mansion to honor the memory of the people whose lives and work at Wood Lawn have been overlooked for too long because they were enslaved by the Neilson family. Additional information regarding the installation is forthcoming. 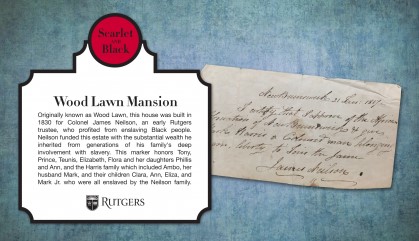 “These markers are an invitation for us to talk about the complicated legacies of namesakes and the complicated ways in which blood money from slavery is woven into old institutions like Rutgers.”
– Rutgers President Jonathan Holloway

(A revision of this section is forthcoming)

The family’s heritage was rooted in New Brunswick by the first James Neilson, who emigrated to New Jersey from the north of Ireland. Active in the shipping and mercantile industries, he was one of the first trustees of the College of New Jersey (now Princeton University). He was also one of the petitioners for the charter granted to New Brunswick in 1730. His nephew, John Neilson (1745 – 1833) established business interests in shipping by adding turnpikes and canals for the transport of freight and passengers to the family businesses. John Neilson was a trustee of Rutgers and was named Colonel of the Middlesex County minutemen.

Colonel James Neilson, the son of John Neilson, built Wood Lawn on a portion of the land originally purchased by his mother’s grandfather, Johannis Voorhees, in 1720. A member of the Rutgers Board of Trustees who had also served as a commander of a company in the war of 1812, Colonel James Neilson was a prominent New Brunswick businessman.

The Colonel was widowed three times; James Neilson, his only son by his fourth wife, was the last Neilson to occupy Wood Lawn. James Neilson and his wife, Mary Putnam Woodbury, were collectors of rare Americana. They shared Wood Lawn with Neilson’s mother for several years before building the cottage next door, where they lived until 1905, when they returned to the large house, which had been vacant since Neilson’s mother died in 1893.

James Neilson was also a trustee of Rutgers and donated large tracts of land to the University, expanding the campuses of what became Douglass and Cook Colleges.

The original house is described by Moxon et. al. as nearly square (40 by 44 feet), with a hipped roof supported by tall columns which created a portico. The house had two stories and a basement with space for a kitchen, dairy cellar, root cellar and wine cellar. The first floor contained an entry, four rooms and a pantry, while the second floor contained rooms divided by partitions and closets. Each room was to have “a handsome well-finished mantlepiece.” A circular staircase descended from the second floor hallway to the basement.

In 1850 a kitchen wing was added to the house, and the circular stair was removed to provide space for a rear entrance hall. In 1868 eight bay window extensions were added, one in each of the four large rooms on both the first and second floors. At the same time, a porch was created in place of the portico and the hipped roof was replaced by a mansard roof. Extensive alterations were made in 1905 by the firm of McKim, Mead and White. In order to extend the center hall, the Neilsons had the right half of the house moved and added the present staircase and the large Palladian window overlooking it, as well as additional classical elements.

The current appearance of the house combines several distinct architectural styles including Neo-Classical, Second Empire, and Colonial Revival. This unique appearance has gained Wood Lawn a listing on the National Register of Historic Places. 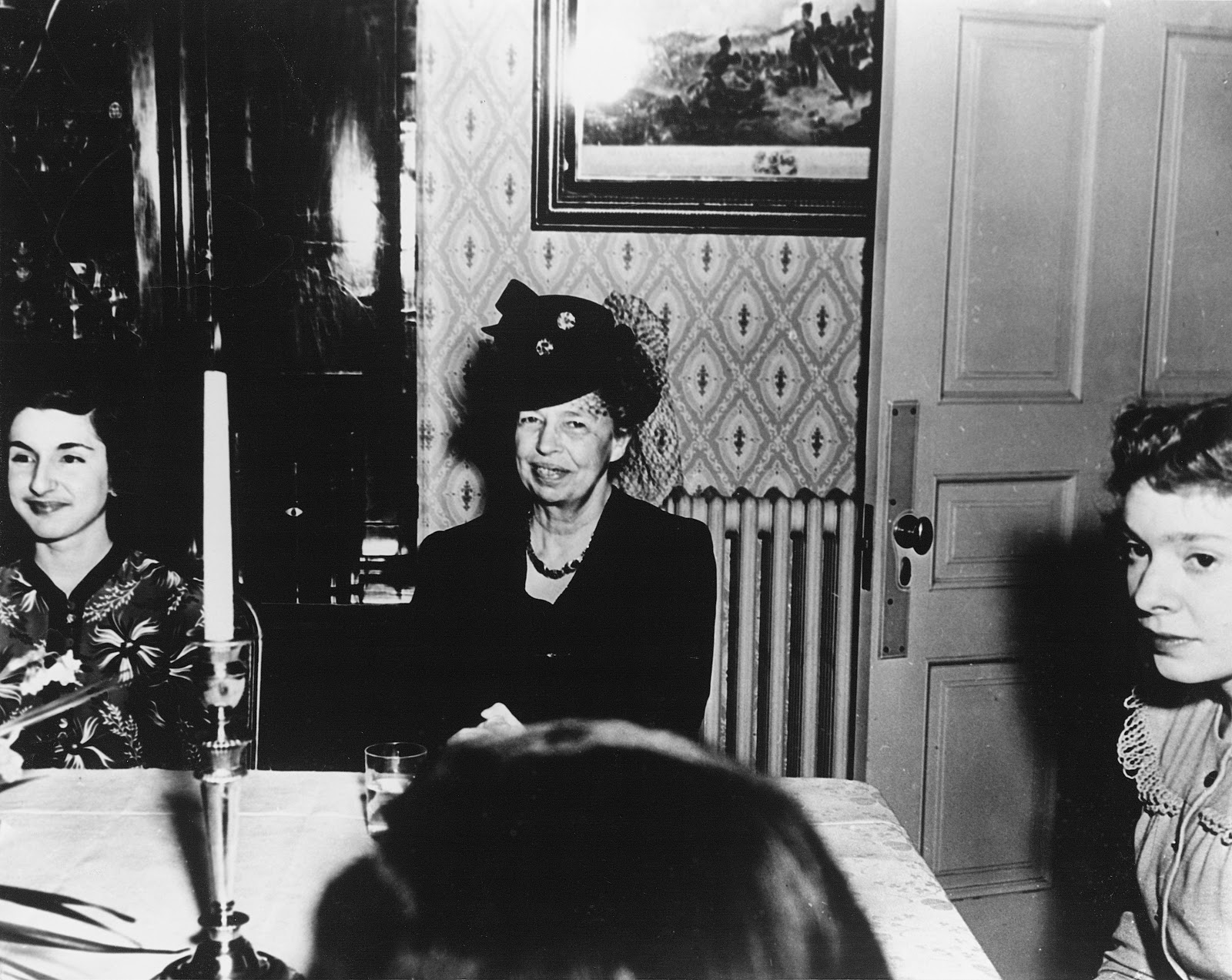 Wood Lawn After the Neilson Family:

Upon James Neilson’s death, Wood Lawn was left to Rutgers University. It was occupied for many years by the Associate Alumnae of Douglass College. During that period, distinguished visitors to Wood Lawn included Eleanor Roosevelt, who met with students at the College; a photo displayed in Wood Lawn’s dining room shows her in that room.

For more than 60 years, Wood Lawn and its Carriage House have been home to the Eagleton Institute of Politics.