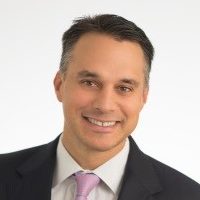 Michael DuHaime is a partner at Mercury, running their New Jersey, Washington DC, Pennsylvania, Ohio and Tennessee public affairs operations. His offices serve private sector clients around the world. His public affairs firm has 20 offices in the United States, United Kingdom and Mexico. In 2009 and again in 2013, DuHaime was the lead strategist for New Jersey Governor Chris Christie’s campaign; after Christie was first elected, DuHaime served as a member of the Governor’s Executive Transition Team, chairing its subcommittee on Authorities. In 2011, he headed the Republican team in the state’s congressional redistricting process.

DuHaime has worked in senior roles for President George W. Bush, Senator John McCain and Mayor Giuliani. He has also been political director of the Republican National Committee, senior advisor to the Republican Governors Association, director of independent expenditures for the National Republican Senatorial Committee and executive director of the state Republican committee. He’s been an advisor for many former members of Congress from New Jersey including Congressmen Rodney Frelinghuysen, Cong. Leonard Lance, Cong. Jon Runyan and late Congressman Bob Franks. At one point in time, he was named by Time Magazine as one of the “40 under 40” rising stars of American politics.

DuHaime also advises Fortune 500 companies, trade associations, sports teams, corporations and non-profits in the areas of public relations, grassroots organization, survey research, strategic planning and marketing. A graduate of Rutgers University with a B.A degree in journalism and political science, DuHaime serves on the Rutgers University Board of Trustees and teaches a political campaigning course at the Eagleton Institute of Politics. He frequently appears on CNN, MSNBC and Fox News. He has also lectured on politics and public affairs at Princeton, Harvard, the University of Pennsylvania’s Wharton School, the University of Chicago, UCLA, NYU and other universities.