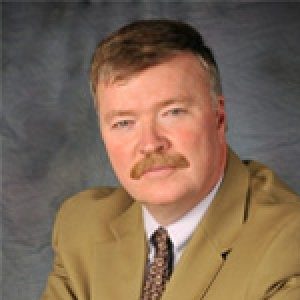 Farmer was appointed Eagleton Institute director in September 2019 and continues his leadership of the Miller Center for Community Protection and Resilience (CPR), which is housed at and affiliated with Eagleton and Rutgers Law School. He has led the Miller Center since its original inception as the Faith-Based Communities Security Program in 2015.

Farmer’s career has spanned service in high-profile government appointments, private practice in diverse areas of criminal law, and teaching and law school administration. Farmer began his career as a law clerk to Associate Justice Alan B. Handler of the New Jersey Supreme Court. He worked as an associate at Riker, Danzig, Scherer, Hyland & Perretti LLP before joining the Office of the U.S. Attorney in Newark, where he received the U.S. Attorney General’s Special Achievement Award for Sustained Superior Performance in 1993.

Farmer joined the administration of New Jersey Governor Christine Todd Whitman in 1994, serving as assistant counsel, deputy chief counsel, and then chief counsel. From 1999-2002 he was New Jersey’s attorney general. From 2003-2004, as senior counsel and team leader for the 9/11 Commission, Farmer led the investigation of the country’s preparedness for and response to the terrorist attacks and was a principal author of the Commission’s final report. His book, The Ground Truth: The Story Behind America’s Defense on 9/11, was named a New York Times notable book. Farmer was a partner at K&L Gates and in 2007 became a founding partner of the law firm Arseneault, Whipple, Farmer, Fassett and Azzarello, LLP.

In addition to his law practice, in 2008 he served as senior advisor to General James Jones, special envoy for Middle East regional security, on development of the rule of law in the Palestinian Authority territory, and was invited by the U.S. Embassy in Armenia to assist that nation’s legislative commission in investigating widespread violence and unrest following its elections.

He was recruited to become dean of Rutgers School of Law-Newark in 2009, and served in that capacity until April 2013, when he was asked to complete his deanship contract by serving as senior vice president and general counsel of Rutgers University. He was named General Counsel of the Year for 2013 by the New Jersey Business and Industry Association. In 2011 he served as counsel to the commission that redrew New Jersey’s legislative districts and, later that year, was appointed the independent, tie-breaking member of the commission charged with developing a new map of New Jersey’s congressional districts. Farmer was also the co-principal investigator on a $1.95 million dollar grant from U.S. Intelligence agencies to develop programs that prepare professionals to work in intelligence and national security positions.

Farmer served as a member of the Advisory Committee on Judicial Conduct from 2007-2014, and as the compliance monitor, from 2008-2014, of a National Security Agreement entered into with the federal government by Alcatel and Lucent Technologies upon their merger.