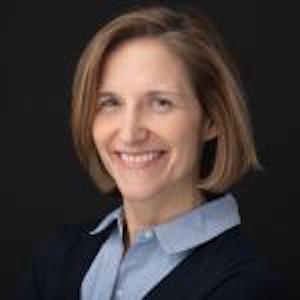 Jean Sinzdak is responsible for developing strategic initiatives and projects, as well as general administrative oversight, at the Center for American Women and Politics (CAWP). An experienced program director with a strong background in women’s leadership development and civic engagement initiatives, she directs CAWP’s Program for Women Public Officials, which aims to increase the impact of women in politics and make political women’s leadership more effective through national, regional, and local events and programs for women officeholders, candidates, and campaign operatives.

Sinzdak is currently expanding the national network of Ready to Run® of campaign trainings for women, a bipartisan effort to recruit and train women to run for all levels of office. Sinzdak also oversees CAWP’s New Jersey initiatives, including Ready to Run® New Jersey and the Bipartisan Coalition for Women’s Appointments. She was a leader in the development of the Diversity Initiative of Ready to Run® New Jersey, designed to attract more women of color to the political process. She is the project director of Teach a Girl to Lead™, a national education and awareness campaign to re-envision what public leaders look like, inspire girls and young women to follow in their footsteps, and make women’s political leadership visible to America’s youth.

Prior to joining CAWP, Sinzdak served as director of outreach and communications at the Institute for Women’s Policy Research (IWPR) in Washington, DC. Earlier, she worked at the Council for Urban Economic Development, also in Washington, DC. She was a fellow in the inaugural class of the Rutgers Leadership Academy.