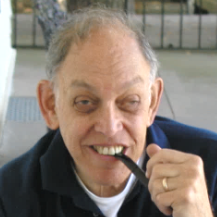 Board of Governors Professor of Political Science (Emeritus)

Pomper’s teaching and research focus on campaigns, elections, and political parties. He has been awarded the Career Achievement Award of the American Political Science Association section on political parties, the O’Neill Chair in Public Life at Northeastern University, and Fulbright and other awards in Israel, Britain and Australia. His study on Ordinary Heroes and American Democracy (Yale University Press, 2004), was nominated for the Pulitzer Prize and has now been issued in a revised edition by Routledge. His earlier publications include Passions and Interests: Political Party Concepts of American Democracy, a quadrennial series on American presidential elections from 1976 to 2000, and later book chapters on the presidential elections of 2004-2016.

With Professor Richard Lau, Pomper also published Negative Campaigning,analyzing U.S. Senate elections. In 2008, he worked as a commentator for CBS Radio at both the Democratic and Republican national conventions. In 2011, CQ Press and The New York Times published his reference volume, with assistance from then-graduate student David Andersen, The New York Times on Critical U.S. Elections, covering 21 presidential and congressional elections from 1854 to 2008. With Marc Weiner, he has just published a book chapter on “Structural Sources of Political Polarization,” in a volume on Polarized Politics, edited by William Crotty. This fall, he is teaching a course for the Osher Lifelong Learning Institute-Rutgers University at Wood Lawn on “Political Utopias.”