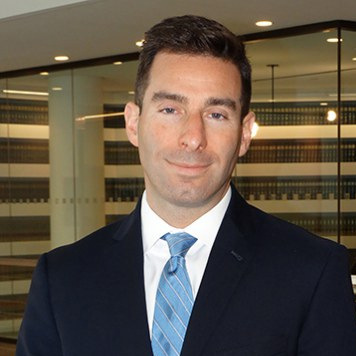 Elie Honig is Executive Director of the Rutgers Institute for Secure Communities, an umbrella entity whose primary goal is pushing Rutgers to the forefront of criminal justice, policing, and national security issues.

Honig obtained his undergraduate degree from Rutgers College (New Brunswick) in 1997. As a Rutgers undergraduate, Honig was selected as an Eagleton Institute Undergrduate Associate; completed the General Honors Program; served as a student government officer; and was inducted in the Cap and Skull Society.

After graduating from Rutgers, Honig earned a law degree from Harvard Law School in 2000.

Honig also serves now as a CNN Legal Analyst. He provides commentary and analysis for CNN on air and in print on breaking news relating to criminal justice, national security and other legal issues, including a weekly column and on-air segment “Cross-Exam with Elie Honig.” Honig also writes a weekly column, “Cafe Brief,” for Cafe.com, and he has a true-crime podcast coming with Cafe in early 2021. Honig is currently writing a book on the damage that Attorney General William Barr has inflicted on the Justice Department. Harper Collins will publish the book in July 2021.

Honig worked from 2004 to 2012 as an Assistant United States Attorney for the Southern District of New York, prosecuting and trying federal cases involving organized crime, human trafficking, public corruption, and violent crime. Honig successfully prosecuted over 100 members and associates of La Cosa Nostra, including Bosses and other high-ranking members of the Gambino and Genovese Organized Crime Families. As an Assistant United States Attorney, Honig tried 15 cases to jury verdict, and argued over 20 cases in the Second Circuit Court of Appeals.

Honig served as Deputy Director, and then Director, of the New Jersey Division of Criminal Justice from 2012 through 2018. While Director, Honig oversaw a staff of over 500 law enforcement professionals and approximately 1,000 cases per year.