Each year, a speaker is selected for a public lecture and discussion that honors Arthur J. Holland’s legacy by focusing on promoting transparency and honesty in public affairs.

As part of the Arthur J. Holland Program on Ethics in Government, Rutgers University alumnus Eugene Kiely spoke about his role as director of FactCheck.org and how the organization monitors the factual accuracy of political statements. He noted that it is essential for his team to be nonpartisan and to avoid selection bias.

Kiely also shared reflections on his experience as a Rutgers student, a reporter for the university’s student newspaper, The Daily Targum, and a research assistant to Eagleton’s Professor Gerald M. Pomper. He noted that these Rutgers experiences helped him establish a career in journalism.

As part of the Arthur J. Holland Program on Ethics in Government, former State Senator Bill Schluter (R) spoke about his book Soft Corruption: How Unethical Conduct Undermines Good Government and What To Do About It. The audience included a who’s who of NJ state government past and present, as well as faculty, alumni, and current students. Senator Schluter outlined key components in the political system, such as patronage, gerrymandering, and dual-office holding, that create easy opportunities for breaches in ethics. He offered concrete, NJ-based examples of corruption and specific suggestions for reform.

2015-2016 Holland Lecture – Zephyr Teachout, “Make It Better: What Corruption Means and What We Can Do About It” 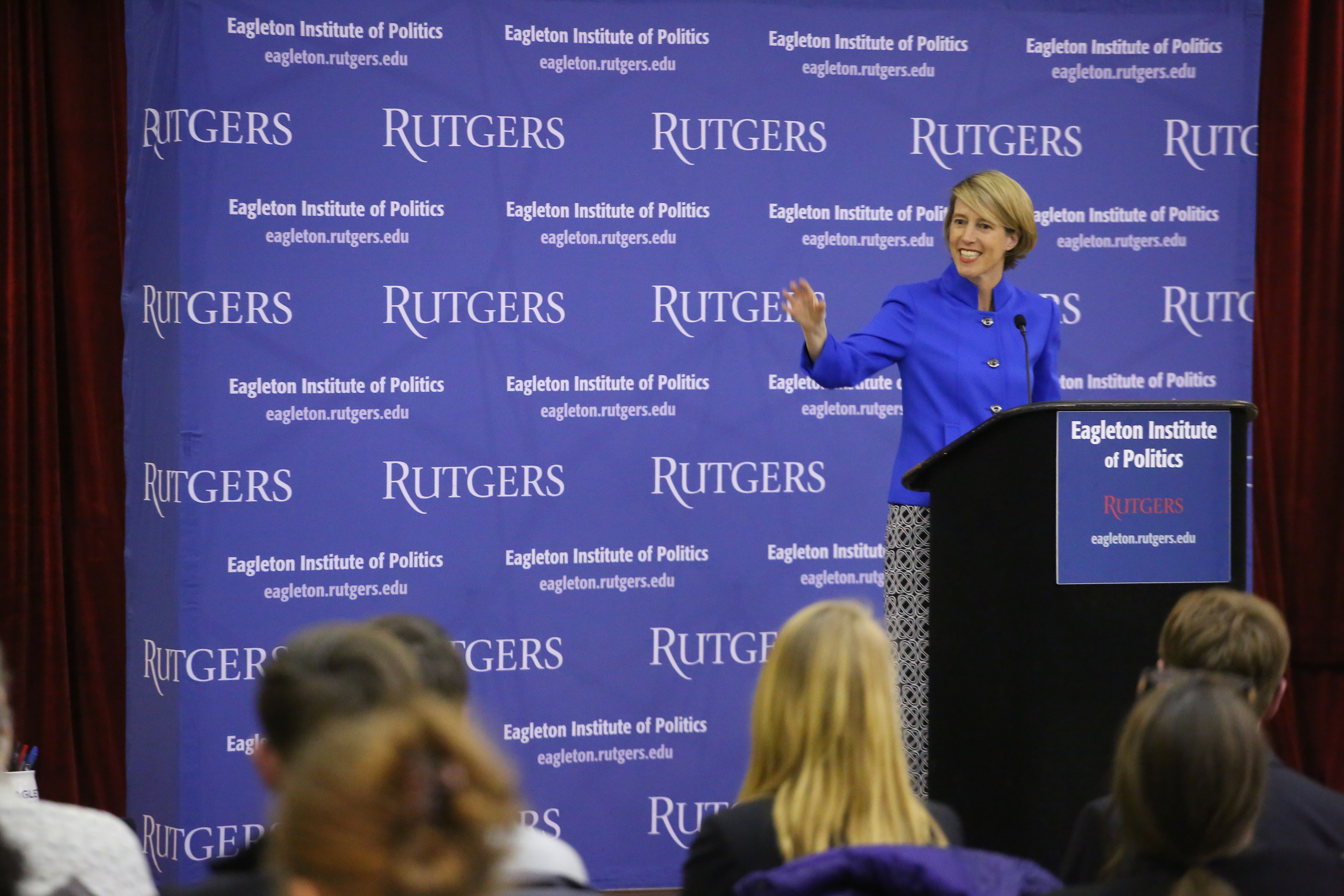 2014-2015 Holland Lecture: Arthur Caplan, “When Government and Medicine Collide–From the Right to Die to Ebola”

Noted medical ethicist Dr. Arthur Caplan, the Drs. William F. and Virginia Connolly Mitty Professor and founding director of the Division of Medical Ethics in NYU Langone Medical Center’s Department of Population Health, spoke about the complex ethical choices that confront doctors, pharmaceutical companies, and patients and their families in various situations, including recent controversies surrounding Ebola and mandatory vaccination. He presented the story of Josh Hardy, a child with a rare and aggressive form of kidney cancer whose parents sought compassionate use of a not-yet-approved medication in a last-ditch attempt to save his life. Caplan expanded on the Hardy story to discuss the pros and cons of various legal approaches, as well as issues of cost and compassion. As a polio survivor, Caplan has strong feelings about the public debates regarding vaccinations; while he would allow for some exemptions, he supports mandated vaccination in most cases.

2014-2015 Holland Lecture – Ted Kaufman, “Washington, Wall Street, and the Public Interest: What I Learned in the US Senate”

Former Senator Ted Kaufman spoke about legislative ethics as they relate to Wall Street reform. Kaufman represented Delaware from 2009-2010 in the U.S. Senate, where he was deeply involved in the Dodd-Frank Wall Street reform. He spoke about the current state of gridlock in Washington, citing an increased homogeneity in parties and districts. 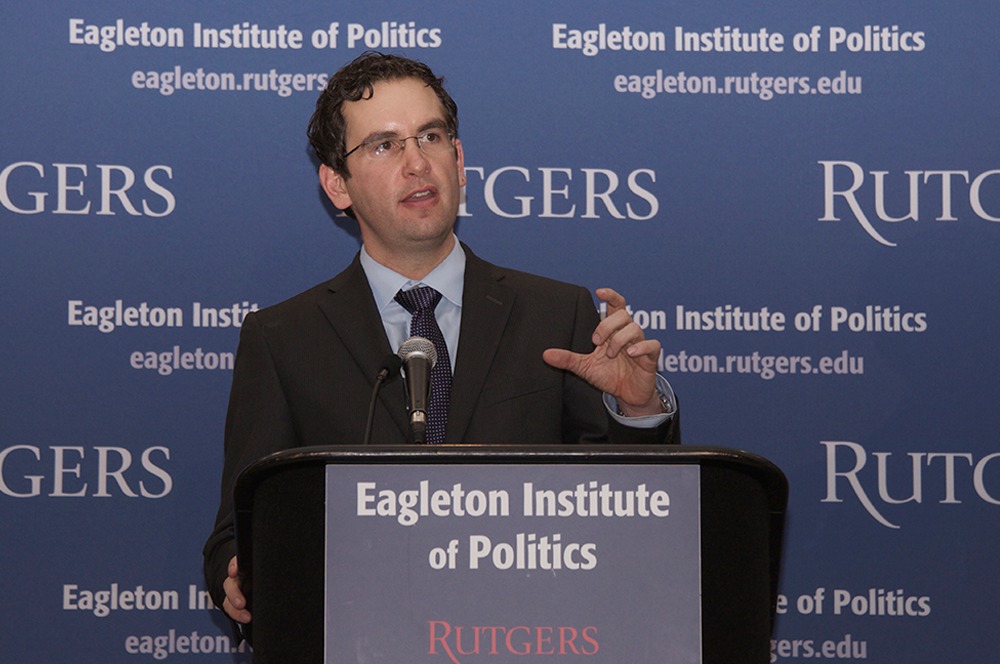 Jersey City Mayor Steven Fulop, Iraqi War veteran, and former investment banker spoke about his decision to return to public service and run for office following the tragic events of 9/11. Fulop stressed the importance of openness in government and the need to make useful data more accessible to residents. He suggested that New Jersey’s location between two major urban media markets contributed to a scarcity of local media coverage. Fulop felt that the limited reporting on municipal government had contributed to corruption in the past. He spoke about using data and new technology to put more information the hands of the people to increase transparency and ensure greater government accountability.

Former Congressman Joe Sestak spoke to Rutgers students and the public about leadership for a better American. Sestak emphasized the need for accountability in government, stressing that leaders should take responsibility for deeds and outcomes, not just intentions. 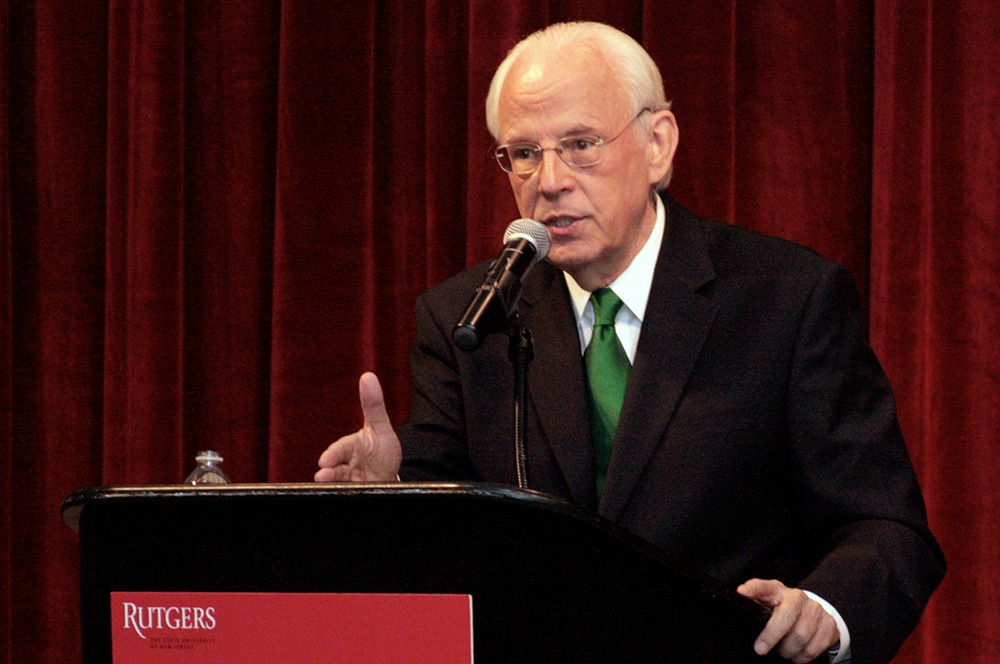 John W. Dean spoke to a large audience at the Douglass Student Center about his experience as counsel to President Richard Nixon from July 1970 to April 1973 Dean’s lecture, called, “Ethics, Law, and Government: Drawing the Right Lessons from Watergate,” provided an insider’s look at the Nixon administration and revealed stories not widely known about its inner workings. Dean spoke about the key factors that lead to Watergate and the scandal’s impact on American politics and governance. 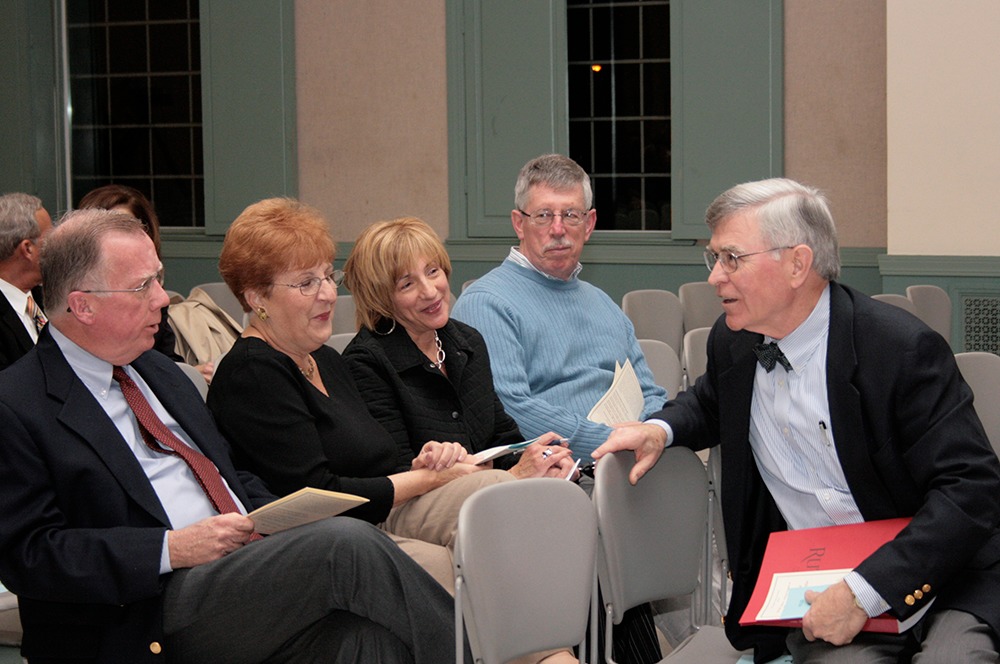 David Skaggs, chairman of the Office of Congressional Ethics, was well received by a crowd of several hundred Rutgers students, faculty and staff,NJ political activists, and observers for his major talk, “Ethics in Congress: The Spirit vs. The Letter.” (Skaggs’ remarks available here).

The next day, Skaggs spoke to Rutgers undergraduate students in two political science classes on the Rutgers University – Newark campus

By coincidence, Skaggs’ visit occurred as his topic was much in the news, with both The New York Times and The Star-Ledger running editorials praising the work of his office and urging the new leadership in the House of Representatives to continue to support it. 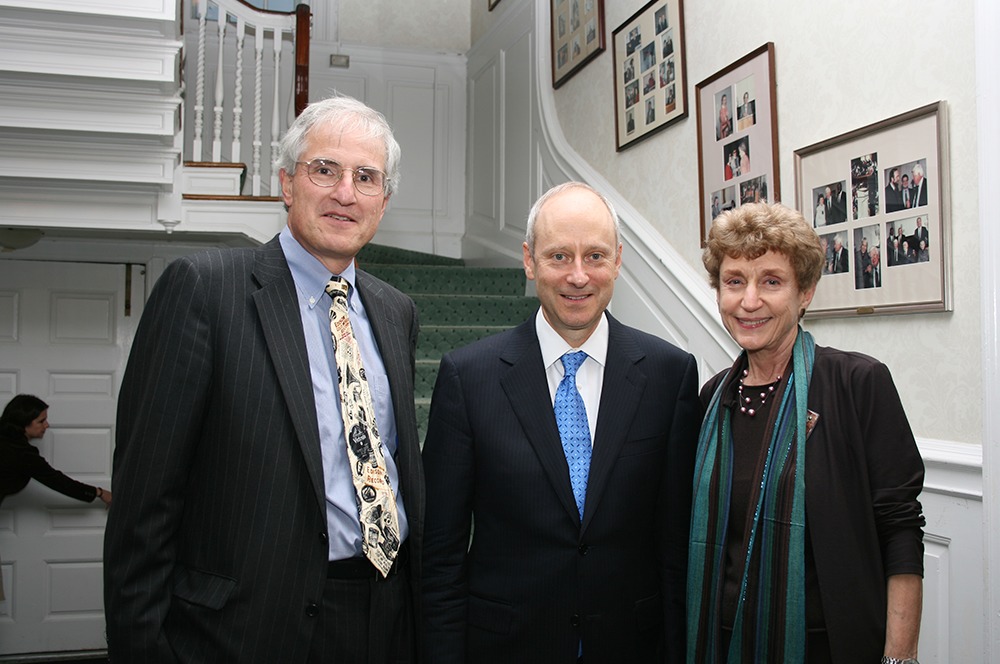 Harvard Professor Michael Sandel who drew an overflow audience of over 800 Rutgers students, faculty, staff, and public guests for his interactive talk Justice: What’s the Right Thing to Do? 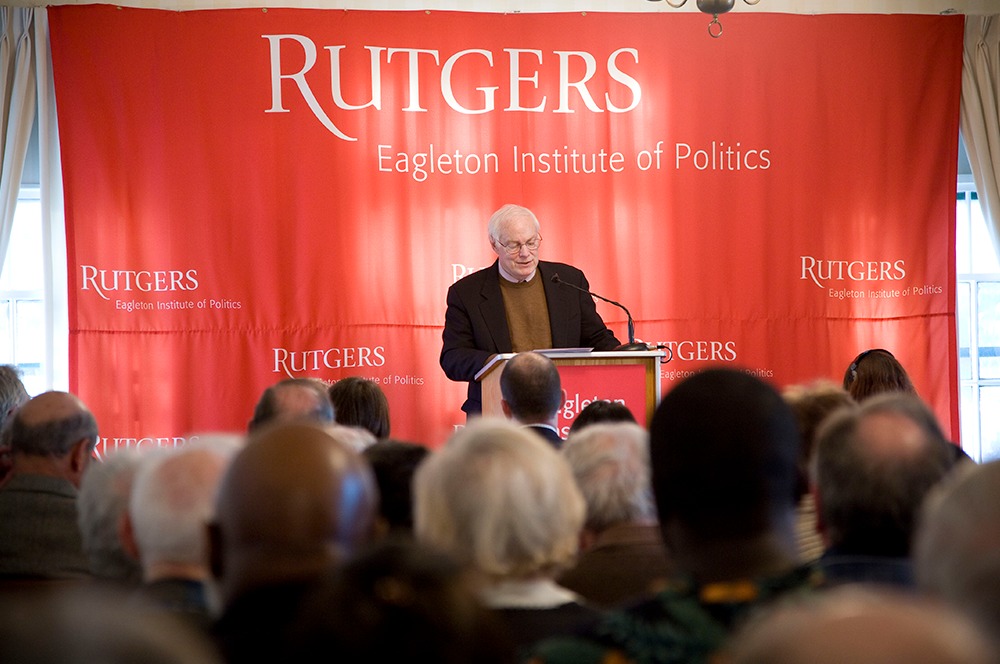 The 2009 Holland Lecture, Obama’s First Ten Weeks: Leadership, Governance and Ethics was delivered by former Congressman James A. Leach, who represented Iowa from 1976-2006.

A transcript of his talk is available here.