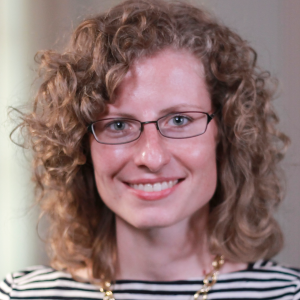 Chmielewski supervises Institute communications and public programs, manages confidential projects, serves as a surrogate for the director, and assists in strategic areas. She leads and participates in cross-functional senior leadership teams responsible for implementing Eagleton’s mission to develop responsible leadership in civic and governmental affairs and solutions to our political problems.

Her recent team projects include a comprehensive effort to embed core values across the Institute’s work; supporting Eagleton’s 2019 leadership transition; and upgrading communications systems to increase engagement. In addition, she is a co-instructor and co-creator of an undergraduate course on talking politics across difference.

Before returning to Eagleton in 2011, she served as special assistant to Mayor Jun Choi in Edison Township. She is an alumna of the Eagleton Undergraduate Associates Program and served as co-chair of the Eagleton Alumni Committee from 2013 through 2016.

Chmielewski currently serves as board president for her homeowners’ association. Elected in 2016, she previously served as board treasurer.