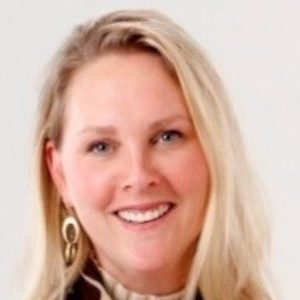 Moran is a managing partner at Kivvit. She brings vast experience in strategy development, campaign management, federal and state government and labor relations. Moran has served in senior roles for major public affairs campaigns in New York and New Jersey, worked for two United States senators, managed statewide political campaigns for president and governor, and served as the chief of management and operations for the State of New Jersey. She has also been involved in countless ballot initiatives, regulatory issues, business development efforts and public education campaigns.

Moran has appeared regularly on New Jersey political power lists from outlets such as PolitickerNJ, ROINJ, NJBIZ, InsiderNJ and New Jersey Globe. She has also regularly been honored as one of the most influential business women, as well as one of the most influential women in politics in both New York and New Jersey, including being honored as one of City & State’s “Above & Beyond” awardees, where she was specifically recognized as one of the top five businesswomen in the state of New York.Prior to co-founding Kivvit, Maggie served as the New Jersey campaign manager for Vice President Al Gore in 2000 and as the director of rapid response for President Bill Clinton in 1996. In 2010, she served as a senior advisor to then Attorney General Andrew Cuomo’s governor’s race, for which she received recognition on the Campaigns & Elections “Influencers 500” list.