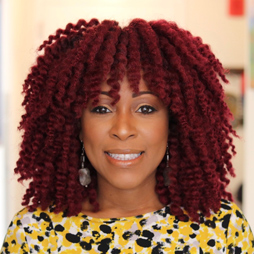 T. Missy Balmir, has served in senior roles for New Jersey’s top government and political leaders at federal, state and municipal levels. She specializes in developing effective strategies for long- term and short-term planning; data-driven outreach; stakeholder engagement and advocacy. Missy’s track record of success has also been driven by her ability to understand and navigate the political, business and community landscape with common-sense approaches. She is considered to be one of the most forward-thinking operatives in the Garden State.

In addition to her extensive campaign and political experience, Balmir is a seasoned government administrator. She has served as Assistant Commissioner of Operations at the NJ Department of Human Services, Director of Intergovernmental Affairs in the Office of the Governor in the Corzine administration, Chief of Staff to East Orange Mayor, Lester E. Taylor, Senior Advisor to U.S. Senator Bob Menendez and most recently Business Administrator for Hamilton Township Mayor Jeff Martin.

Missy was a member of the City of Trenton School Board and is a member of Delta Sigma Theta Sorority, Inc. She is a proud graduate of Trenton Central High School. Missy has a degree in Political Science from Rider University, and a Master’s Degree in Public Affairs and Politics from Rutgers University’s Edward J. Bloustein School of Planning and Public Policy. She was also a Graduate Fellow at the Eagleton Institute of Politics and is currently a Visiting Associate for the Eagleton Institute.