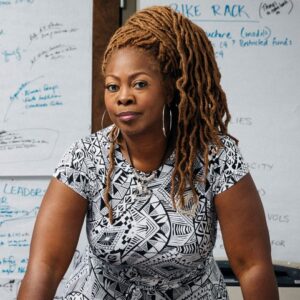 is an award-winning visionary thought leader, institution builder, cultural activist and artist, and connector. She is a nationally recognized, “go-to” expert in Black voting rights and voter suppression, Black women’s empowerment, and philanthropy.

Her voice is the nexus between the Civil Rights Movement, the Black Power Movement, and Black Lives Matter.

“There is power in my voice! It is a divine gift that I use to connect different worlds. I bridge the philanthropy world to the grassroots community, traditional politics to grassroots politics, and practitioners to the scholarship of movement building.” 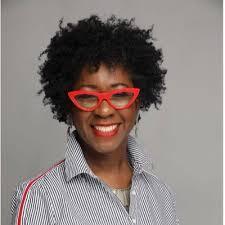 In 2017, Marilyn Davis joined the fourth largest telecommunications company as a Area Director for Government Affairs in New Jersey, where she manages relations with elected officials and community partners and oversees legislative and regulatory matters. Previously, Davis worked at the Democratic National Committee as the National Director of Community Engagement, where she led a team responsible for engaging stakeholders in the African American, Hispanic, AAPI, Jewish, LGBT, youth, women, ethnic, veterans, rural, organized labor and small business communities in electoral politics and civic engagement. She served in the Obama/Biden Administration as a political appointee at the U.S. Department of Labor where she worked under the leadership of Secretary Thomas E. Perez.